What is a Doll Face Persian?

Often the Persian cat is described having two different face types, such as, the Traditional Doll Face and the Persian cat look is often identified as; a Flat Face, Peke Face.  This type of Persian cat is often bred to be a show Persians possessing the an extreme flat face and round head with a round crown.  Throughout the years the doll face has become popular as a pet Persian, and is described as a longer face or having a longer nose, or a doll face look.  Here are several Persian cat face types that have been successfully breed by many reputable breeders.

The flat face or peke face Persian cat has a nose that is set higher on the face and often positioned right between the eyes appearing as a third eye !  The face maybe much flatter (nose protruding outward less) then the Doll face Persian cat.

The Doll face Persian cat has a less flat face and is quite pleasing to look at.  With the Doll face variety it can vary from a cute shorter look (not flat faced) to a very long nose.  When someone is seeking a Doll face Persian kitten or cat, it is pure preference on which look is considered appealing.  Often the Doll Face is a smaller Persian Cat.

Whether it is the flat face / peke face Persian cat look or the popular traditional Doll Face Persian face look,

both are acceptable by CFA and ACFA registries.

Either one of these Persian cat facial types could possess a facial fold on each side of the nose and here at TinyPersians we try to avoid this characteristic many Persian breeders cats possess.   Why?    These Persian cats and kittens are more prone to tear in the eyes making it much harder to maintain.

Many years ago the Doll Face Persians were ribbon winners and considered the standard look.

Through the years as judges awarded the flatter face look, breeders took upon themselves to breed more of the flat peke face Persian cat look. 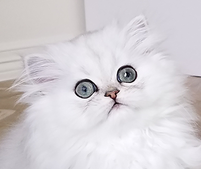 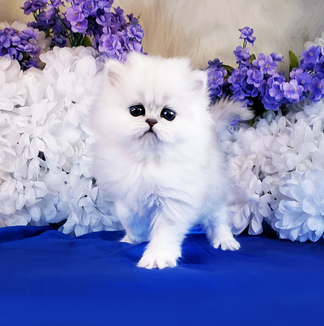 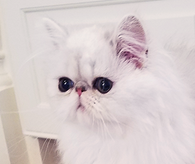 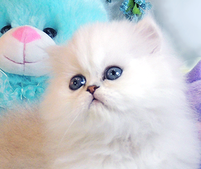 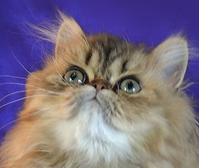 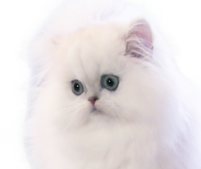 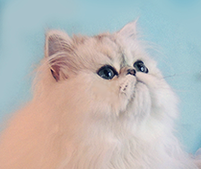